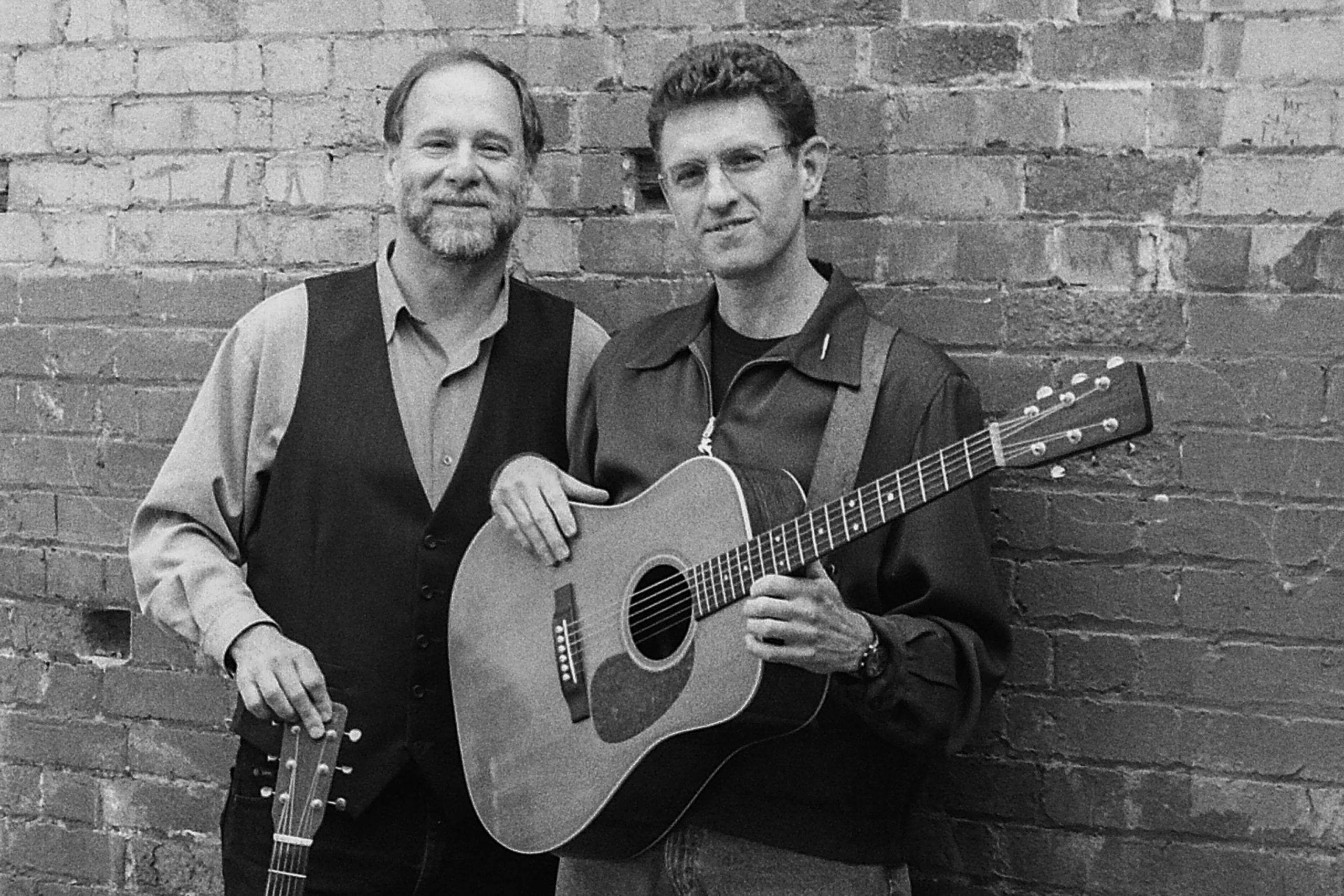 Wow! This is posting five of newly discovered yet somehow old and crusty videos by Jim Nunally and me from 2009. Only a few left after this. We’re getting down to the shank of the collection! In case you don’t know we made them in 2009 and kind of forgot about them. When they recently reappeared on an old hard drive we decided to dust them off and put them on the internets.

We just posted videos of these songs:

Here are the videos we’ve posted over the past few weeks:

Hillbilly Boy is Jim’s composition. He first played it for me not long after he’d written it. If I remember correctly he’d just seen a museum show on Woody Guthrie that referenced John Steinbeck’s incredible novel The Grapes of Wrath about the Dust Bowl migrant Joad family. Jim related that story to his only family’s history of coming from Arkansas to California in the 1930s. California did not exactly welcome everyone with open arms. Especially, as Woody wrote, if you didn’t have that “do-re-mi.” Hillbilly Boy is another of Jim’s powerfully personal and moving songs. I always thought this one could be a Top Ten hit and I love the opening instrumental riff. Hillbilly Boy is from our In My Beautiful Dream CD.

Darling, Will You Ever Think of Me? is one of mine.

It seems that every few years I re-discover The Carter Family and get myself blown away by their elegant simplicity, raw beauty, and the truth of their music. What a treasure their collected recordings are! Their style was so direct, so unadorned, and so sincere. Their voices and instrumentation, as well as their choice of songs, still speaks to us from across the years.  And Maybelle Carter’s playing! It is so perfect in their setting and so to the point. It’s simplicity is a radical statement especially in these days of pyrotechnic playing.

The songs themselves, hundreds of them, are beautifully poetic and inspired me to write Darling, Will You Ever Think of Me? Of course I wanted to give that style my own spin so I added that slightly unusual ii m (“two minor”) chord to the progression. The Carter Family didn’t use that chord a whole lot. I also tried to tap into the slightly Victorian sensibilities I hear in a lot of their lyrics.

One of the things that’s so great about having a musical partner is that you develop things as a team and help work through them together. Jim is always encouraging when you have an idea and very good at gently suggesting things that might make a song or arrangement clearer and cleaner. He is enthusiastic about giving anything a try and so good as a musician and singer that nothing throws him. “Yeah, let’s do it!” I remember his encouragement on Darling, Will You Ever Think of Me?

I also remember considering and then writing a second vocal part or descant for the chorus. I wanted to try to catch some of the magic of the old hymn “Where the Soul Never Dies.” I believe Jim suggested that we ask our old pal Ernie Hunt to sing it with us when we originally recorded it. I love the effect of his voice intertwining with ours. It’s one of my favorite pieces to perform, especially when we’ve been lucky enough to have Ernie sing with us.

Darling, Will You Ever Think of Me? is from our The Way Things Are CD.

We hope you like both of these songs. We’ve been on a run of originals lately. You’d almost think we were songwriters!

We have just a few more videos to post in the coming weeks. We hope you’ll stay tuned.

I recently added some new matted photos to our collection of Historic Music Photos. I mentioned them last week but they’re so pretty I think they bear repeating! The new photos are all antique postcards of young women playing mandolin and banjo. Below is a preview. You’ll find all our matted Historic Music Photos here. 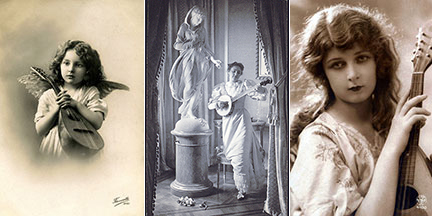 The duo photo at the top of the page is by our pal photographer Charlotte Gibb. Check out Charlotte’s intimate landscapes on her website.

The photo of me at right is by Kathi Bruce.