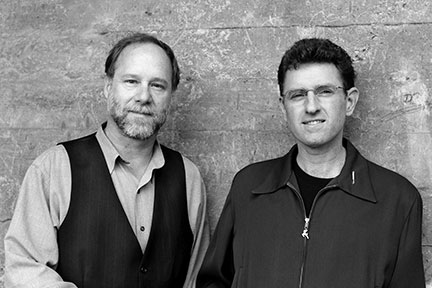 You might have seen the blog I posted last week with two re-discovered videos of Jim Nunally and me playing music. We’d recorded the videos in 2009 but never got around to finishing or publishing them. We decided to make some final edits, add titles, put them on YouTube, and invite you all to take a look and a listen.

We just posted two more that we hope you’ll enjoy:

Here are the videos we posted last week:

Jim and I used to play music together quite a bit, rehearsing, just having fun, or looking for new material that would fit our sound. Every once in awhile we’d try a song that immediately clicked, where everything fell into place the first time we played it, and each of us seemed to have a fully realized part. No discussion, no arranging, not planning, just playing. Railroad Bill was one of those.

Railroad Bill is an old song heard and learned from a number of sources. The chord structure is pretty much the same as Freight Train. Maybe they’re related to the same source.

The slightly unusual chord that both songs share is a three major. In the key of C that would be an E chord. I’m not sure how that particular chord made its way into the folk/blues canon. Maybe from ragtime or early jazz influences. There’s probably a musicologist out there who could tell us. However it happened it makes for a very nice chord change that’s a lot of fun to play over. I fingerpick and Jim flatpicks.

I mentioned above how the song just came together the first time we played it. I have to give my buddy Jim a shout out about that. He’s just about the most tasteful, talented, and supportive person I’ve ever played music with. Jim always seems to know just what to play and sing to make a song or a sound complete. And he does that here with a bunch of subtle vocal and instrumental touches. But enough about Jim! Railroad Bill is from our Brothers at Heart CD.

Jim and I have been flatpicking our guitars pretty much all of our adult lives. (“Flatpicking” means we’re playing our guitars with flatpicks as opposed with our bare fingers or fingerpicks.) We were both blown away and influenced strongly by the playing of great guitarists like Doc Watson, Tony Rice, Clarence White, and others.

We both loved the sound of fiddle tunes played on a flat top acoustic guitar (Martins for both of us) and learned a lot of the songs these guitar greats made famous. Because of that we shared a lot of repertoire in the flatpick/fiddle tune genre and we’d always play a few of these guitar fiddle tunes whenever we’d get together. Sally Goodin was one we’d play often.

Jim has a great version of Sally Goodin and after we played it I imagine me saying something like “Man! We gotta put that in the show!” Jim probably answered, “Yeah we could, I guess. A lot of people do it. I wonder if we could do something different with it.”

I might have said, “How about we play it together in harmony?” Jim might have said, “Yeah we could, I guess.” (In case you don’t catch the drift, Jim is not overly enthusiastic about performing Sally Goodin. I want to do it because his version is hotter than heck with a lot of really wonderful variations that nobody else does.) So I probably did some thinking and eventually said, “I think I might be able to do a kind of Texas Swing back up to Sally Goodin. It might work. Let’s try it!” Jim probably said, “Yeah we could, I guess.” So we did and I think we were both surprised that it sounded good and had possibilities. We continued working on it for some time to get it to ebb and flow and added a few things here and there. It’s one of my absolute favorite tunes to play. I couldn’t tell you what Jim thinks about it. Probably, “Yeah, I guess.”! Sally Goodin is from our The Way Things Are CD.

So give these tunes a spin or a listen or whatever it is people do with MP4s. We hope you enjoy the music. More videos to come in a week or two.

By the way, the photo at the top of this page is by Charlotte Gibb. The photo at right is by Kathi Bruce.