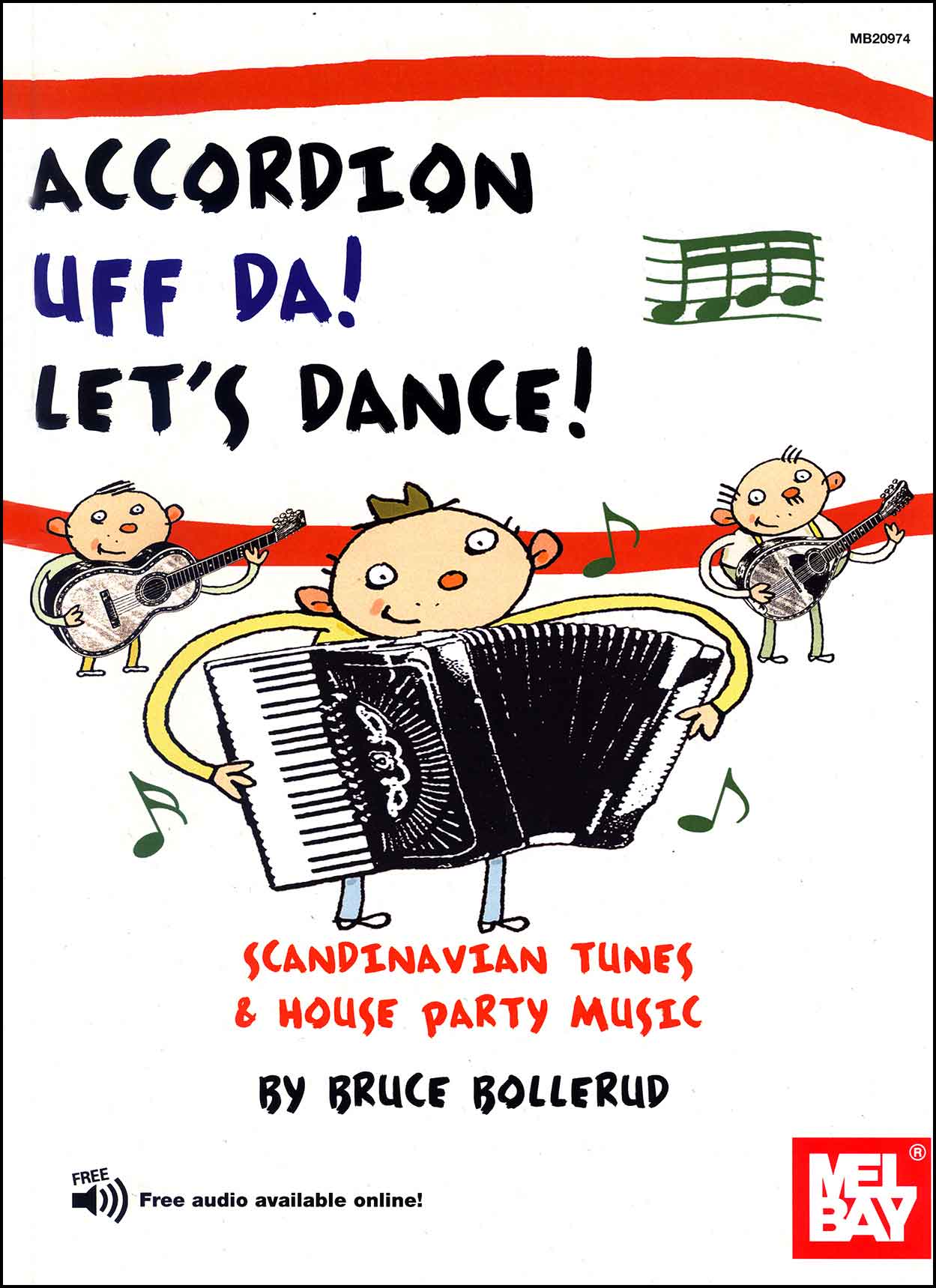 A fun collection of old-time Scandinavian dance tunes arranged for the accordion. Great for dancing or listening and a perfect repertoire builder.

If you would like a CD in addition to the included downloadable audio, order book with CD below.

Book with downloadable audio and CD $22.99

From Dix Bruce:
I grew up in the Midwest, specifically in northern Michigan and southern Wisconsin. In the 1950s and 60s, at least in my part of the world, the two main ethnic groups were Norwegian and German. I inherited some genes from both: my father’s parents were Norwegian, my mother’s German and English. In my college years, during the early 1970s, I heard a musical trio called the Goose Island Ramblers. Their music was a mixture of many styles from western and bluegrass to Hawaiian and Norwegian, from Swiss to polka, county to swing, and everything in between or on either side. The Geese’s music was pure joy delivered with passion and humor.

They introduced me to untold numbers of great songs and styles of music. They reintroduced me to my Midwestern roots and made them interesting, fun, and exciting. We’ve stayed in touch over the years and I mentioned to the Geese’ accordionist, Bruce Bollerud, that if he ever wanted to put any of the Geese’s music down on paper, I’d be interested in helping with the project. Bruce thought about it and decided that he wanted to set down some of the traditional music he’d played all of his life, music he felt was in danger of fading away as the old timers who inherited it from the previous generation passed on. Bruce called it “Norwegian House Party Music.”

Mostly fiddle-based, house party music was played out in the country in an era when farmers would go to their neighbor’s houses for weekend entertainment. It was usually played by a small string combo with a fiddle, some kind of accordion, and possibly a guitar or banjo. By the late 1940s, country folk began coming to town on the weekends to shop, see movies, or dance to the hot new regional polka bands. The polka bands were “the latest thing,” larger and louder, horn-based, and there was really no place in them for the old time sound of the fiddle. The country culture changed and as a result, house party music began to fade away. Bruce Bollerud, who plays a variety of instruments including accordion and bandonion, learned the house party repertoire as a young teen backing up local fiddlers. I had never heard most of these tunes until I recorded Bruce playing them for this book. I grew to love them as I mixed and edited the recording. Thanks to Bruce Bollerud for sharing this great music with me and now, with you. You’ll have a ball, or maybe a house party!
Dix Bruce

Customer comment:
Hi Dix!
I love …Mandolin Uff Da! I’ve had it for less than a week but have already played through most of the tunes and there are some great ones in there. Definitely my favorite book of yours to date! You should put out a volume 2!… I love the variations…schottisches, hoppwaltzes, polkas, two-steps, waltzes, mazurkas, etc. Wow! I wasn’t even familiar with some of these tune types before getting this book! There has to be more!
L.F.

Dear Dix,
I am 84 and I grew up in Wisconsin and Minn. I just got you book “Uff Da Let’s Dance” and I am having so much fun with the music I grew up with. Thank you and Bruce Bollerud…for all the effort you put into the book.
D. G.
Cleburne, TX